Download and print the latest ‘WW1 on Film’ flyer here.

Download and print Robert O’Neill’s introduction to the films here.

Join us for a weekend of exceptional films which will take you beyond the battlefields of Gallipoli and the Somme. We shall be screening four titles that look at the periods both before and after WW1. They will also focus more on ‘the enemy’ – the Austro-Hungarian empire – and on our French allies, whom we regularly neglect in favour of the Brits and to a lesser extent the Yanks. In other words we’ll be looking more at the Great War’s causes and consequences than its battles.

On November 21 we shall be showing Istvan Szabo’s masterpiece Colonel Redl, set in pre-war Austro-Hungary. It will be followed by Capitaine Conan, which follows the fortunes on the Macedonian front of a French army unit at the war’s end and beyond. A stirring and thought-provoking story from director Bertrand Tavernier. 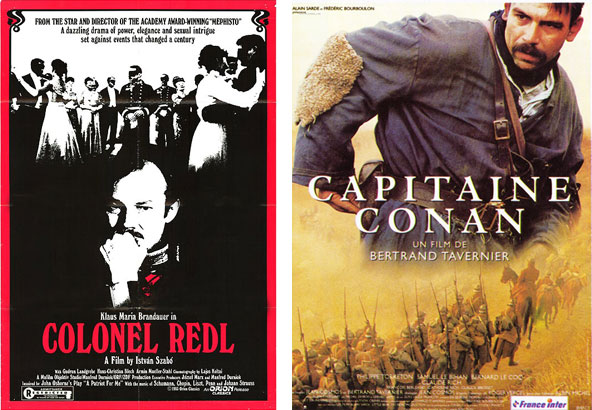 On November 22 our first feature will be the only African movie ever to win the Oscar for best foreign film — Black and White in Colour. It’s a surprisingly comic and satirical take on the battles of French and German colonists in West Africa. Then we conclude with another Tavernier film, Life and Nothing But. Here we follow the heroic and heartbreaking efforts of a French army major to identify the hundreds of thousands of unknown soldiers left on the battlefields. 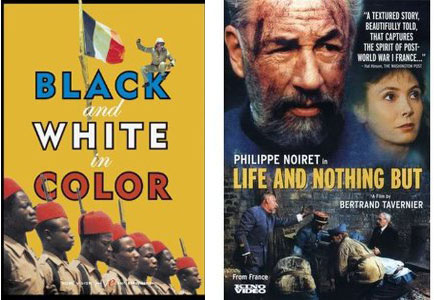 Our viewing will be aided by the commentaries of noted film critic and historian David Stratton, as well as Australia’s outstanding military historian, Robert O’Neill.

Once again we are delighted to be partnering with Adam and Kirsten of Mount Vic Flicks to present this unique program.