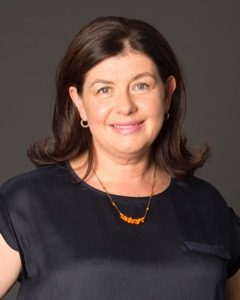 Was 2001 really the year everything changed?

The contract I signed for my book had, at my insistence, a question mark at the end of ‘The Year Everything Changed’. Before I delivered the final manuscript to the publisher I removed it. In my talk I will reflect on key events and individuals and the broader themes – some nascent, others well evolved – that prompted me to turn the book’s title into a statement, rather than a question. Some, such as 9/11, Tampa and the Pacific Solution, the war in Afghanistan, George W. Bush and John Howard may be expected. Others, including the launch of Wikipedia, the rise of Amazon, and the collapse of Ansett, not so much. It was a year when the history wars were acted out on a new stage with the opening of the National Museum of Australia, and one when many Australians felt disappointed that by the time of the Centenary of Federation we had failed to reconcile with Indigenous people. I am a character in the book myself, and will consider the ways in which we frame big-picture history through our own experiences and how we remember it.

Phillipa McGuinness is Executive Publisher at NewSouth Publishing/UNSW Press, where she has published many prize-winning books of Australian history, politics, memoir and biography. She is the editor of Copyfight (NewSouth, 2015) and her work has been published in The Guardian, Meanjin and elsewhere. The Year Everything Changed – 2001 (Penguin Random House, 2018) is her first sole-authored book. 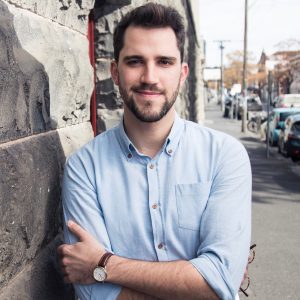 Deep Time Dreaming: The History and Politics of Australian Archaeology

When we talk about the past 230 years of Australian history, we do so in the context of over 60,000 years of human experience on this continent. This paper is about coming to terms with that deeper story. It offers a collective biography of some of Australia’s pioneering archaeologists, exploring their lives, passions, methods and mistakes. But this is also the story of Aboriginal leaders and their fight to be involved in decisions about their land and their heritage.

Billy Griffiths’ new book Deep Time Dreaming investigates a twin revolution: the reassertion of Aboriginal identity in the second half of the twentieth century, and the uncovering of the traces of ancient Australia. It explores what it means to live in a place of great antiquity, with its complex questions of ownership and belonging. It is about a slow shift in national consciousness: the deep time dreaming that has changed the way many of us relate to this continent and its enduring, dynamic human history.

Dr Billy Griffiths is a historian and research fellow at the Alfred Deakin Institute for Citizenship and Globalisation. He is the author of Deep Time Dreaming: Uncovering Ancient Australia (Black Inc., 2018) and The China Breakthrough: Whitlam in the Middle Kingdom, 1971 (Monash University Publishing, 2012). He is also the co-editor with Mike Smith of The Australian Archaeologist’s Book of Quotations (Monash University Publishing, 2015).​ 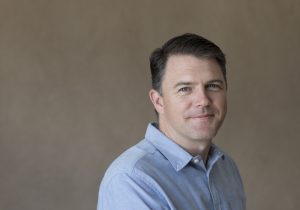 Hidden in Plain View: The Aboriginal people of coastal Sydney.

Aboriginal people are well documented in Sydney’s early colonial records, and their local connections were not questioned. Their descendants though were seen through the lens of a declining ‘authenticity’ as they adopted European foods, language and clothing, and were increasingly written out of history. Recovering their story through a highly fragmented historical record, we can trace the ongoing presence of a hundred or so Aboriginal people in coastal Sydney throughout the nineteenth century. They remained living in settlements along coast, bays and waterways, and were not pushed to the fringes. They were readily engaging with the colony and its economy, but were forging a way of life as much as possible on their own terms. This life runs counter to many of our assumptions about colonial Sydney and the colonial experience of Aboriginal people more generally, but it was no fairytale of racial harmony, and it did not last. By the early twentieth century a brutal regime of government ‘protection’ was in place across New South Wales, the effects of which linger today. This talk explains how a period of cross-cultural entanglement arose, and later ended, in colonial Sydney, and why this history has remained hidden for so long.

Dr Paul Irish works as a historian and archaeologist with his company Coast History and Heritage, specialising in Aboriginal history and heritage projects. He grew up in Sydney and over many years has had a strong interest in finding out about the hidden Aboriginal histories of the city. He has worked for the past 20 years as an archaeologist on a range of Aboriginal heritage projects around Sydney and beyond. Over the past decade he has been actively researching the Aboriginal history of the coastal part of Sydney with researchers from the La Perouse Aboriginal community. He retrained as a historian, completing a PhD in Aboriginal history at the University of New South Wales in 2015. His research formed the backbone of his 2017 book Hidden In Plain View: The Aboriginal People of Coastal Sydney, which he is here to discuss today. As the recipient of the 2015 NSW History Fellowship he has also prepared a travelling exhibition with researchers from La Perouse called This Is Where They Travelled: Historical Aboriginal Lives in Sydney. 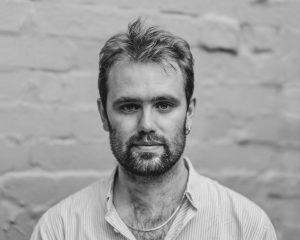 The Game of Tomorrow: Australian soccer, multiculturalism and the Asian century.

This talk will examine the complicated relationship between soccer and the Australian identity. Charting the progress of the Socceroos, the Matildas, and Australia’s national competitions, it will argue that soccer offers new ways of understanding the story of modern Australia, from the postwar migrant boom to present predictions of an Asian Century.

Joe Gorman is an independent journalist, author and Ph.D. candidate at Victoria University. His journalism has been published in the Guardian, the Sydney Morning Herald, the Age, the Courier-Mail, and SBS. He has appeared on ABC television and radio, and on Al Jazeera. His first book, The Death and Life of Australian Soccer, was longlisted for the 2017 Walkley Book Award. His next book will be published in 2019. 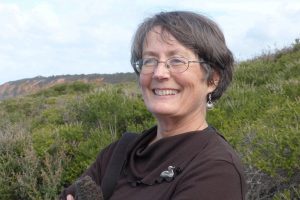 Alfred Deakin was a complex man. He was a gifted orator and successful politician who wasa father of federation and Australia’s most significant Prime Minister until World War Two; Both the Deakinite Settlement (called by Paul Kelly the Australian Settlement) and Deakinite Liberalism bear his name. Because Australia has now abandoned the policies he championed, White Australia, tariff protection, state paternalism and imperial nationalism, he has become something of a cypher in contemporary political debates. The Liberal Party especially has turned its back on him. Yet his statecraft, especially the way he handled the challenges of minority government and Labor’s rapidly growing electoral strength, hold many lessons for today’s politicians. Always courteous, he governed determinedly from the centre and took support from wherever he could. But politics was not Deakin’s whole life. Despite his successful public life, he was a deeply private man with an intense intellectual and spiritual life and a loving family. Politics exacted considerable personal costs from him, but he stuck with it, to the benefit of us all.

Professor Judith Brett is a political historian whose writing has focussed on the on the non-labour side of Australian politics. She is the author of Robert Menzies’ Forgotten People(1992), Australian Liberals and the Moral Middle Class: From Alfred Deakin to John Howard (2003), and in August last year publishedThe Enigmatic Mr Deakin, to complete a trilogy of books on the history of Australian Liberals. Her new biography of Alfred Deakin, a father of federation and Australia’s most significant Prime Minister until World War Two, is the first full length study of the man in more than fifty years.

During the 1980s Judith was editor of the literary journal Meanjin, and it was then that she started writing for a general public readership. She joined the Politics department at La Trobe University in 1989 where she taught Australian politics, public policy and political biography. In the 1990s she started commenting on contemporary Australian politics in the media, using her knowledge of Australian history to throw light on current events. She wrote a regular column for the Age for a number of years, as well as participating in discussions and media commentary and now writes regularly for the Monthly. 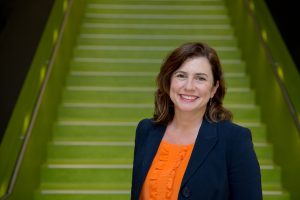 The Battle Within: Writing about the legacy of wartime captivity in postwar Australia

Christina will discuss her research in an extraordinary archive of material created by the federally-funded Prisoners of War Trust Fund (1952-77). Granted special access to these files, Christina discovered rich and rare records of personal experiences of former prisoners of war that documented lives blighted by alcoholism, depression, marriage breakdown and loneliness. She will reflect on the challenges of working with this material, and how it provides unusual access to the thoughts of people not usually given to recording their feelings for posterity.

Christina Twomey is Professor of History and Head of the School of Philosophical, Historical and International Studies at Monash University. She is the author of four books, including A History of Australia (co-authored with Mark Peel) and Australia’s Forgotten Prisoners: Civilians Interned by the Japanese in World War Two, which won a NSW Premier’s History Prize. Her most recent book, The Battle Within, analyses the personal costs of wartime captivity and the equivocal responses to former prisoners from the defence forces and the government until the 1980s. 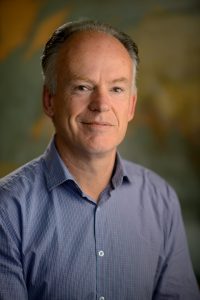 A Place Near the Water

Toongabbie was Sydney’s third settlement and the first area in Australia to officially be given an Aboriginal name. Growing up here in the 1960s and 1970s, I knew nothing of the area’s Aboriginal history, and aside from stories of the Irish led convict rebellion that began at nearby Castle Hill and was swiftly crushed in 1804, very little of its settler history. We were the inheritors of a tainted, unworthy and dishonourable past; a history of chain gangs and horrid camp conditions, of hangings and floggings. And in a suburb constantly remade by waves of migration, we looked to the future rather than the past.

A Place near the water? A place on the margins? A place at the centre? Moving between memoir and history, I explore the history of Toongabbie and its broader connections with Australia’s past.

Professor Mark McKenna is one of Australia’s leading historians, based at the University of Sydney. He is the author of several prize-winning books, most recently From the Edge: Australia’s Lost Histories, which won the 2017 NSW Premier’s Prize for Australian History, and a biography of historian Manning Clark, An Eye for Eternity: The Life of Manning Clark, which won the 2012 Prime Minister’s award for non-fiction and the Queensland, Victorian, NSW and South Australian premiers’ non-fiction awards. His most recent publication is his Quarterly Essay, ‘Moment of Truth: History and Australia’s Future’.