All talks will be held in the Phillips Hall at the Blackheath Community Centre, cnr Gardiner Crescent and Great Western Highway, Blackheath

You can reserve your place Here 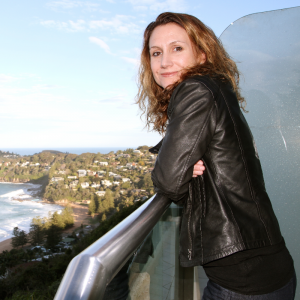 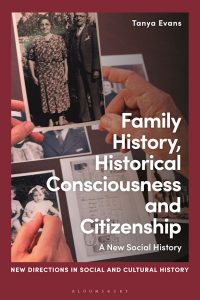 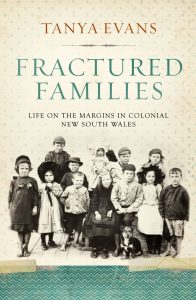 Family history is one of the most widely practiced forms of public history around the globe, especially in settler migrant nations like Australia and Canada. It empowers millions of researchers linking the past to the present in powerful ways, transforming individuals’ understandings of themselves and the world. This talk will draw on Tanya’s recent books to explore the practice, meanings and impact of undertaking family history research for individuals and society more broadly. 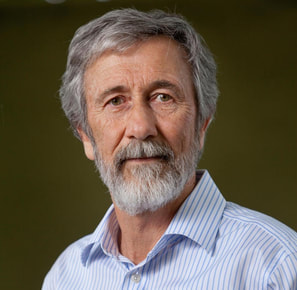 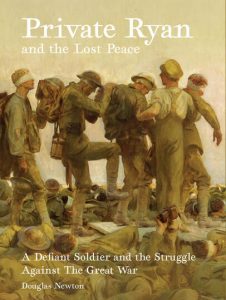 This talk explores the story of one shell-shocked Australian soldier who rebelled against the First World War. In October 1916, Private Ted Ryan, originally from Broken Hill, wrote a letter to Ramsay MacDonald, the Labour leader, denouncing the war as unnecessarily prolonged by the constant escalation of war aims. His revolt against the war eventually landed Ryan in four courts martial. Was he right? Were secret diplomatic deals prolonging the war? Were opportunities for peace callously rebuffed? This talk interleaves two stories: Private Ryan’s story, and the ‘big picture’ story of the politics and diplomacy behind the First World War.

Dr Douglas Newton is a retired academic, historian and author. He has published several academic studies of war and peace in Europe in the period c. 1890-1919. HIs most recent books are The Darkest Days: The Truth Behind Britain’s Rush to War, 1914 (London: Verso, 2014), Hell-bent: Australia’s Leap into the Great War (Melbourne: Scribe 2014) and Private Ryan and the Lost Peace: A Defiant Soldier and the Struggle Against the Great War (Sydney: Longueville, 2021). 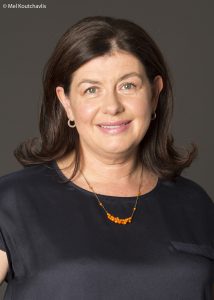 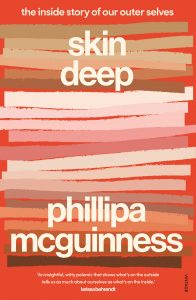 Biological anthropologists get excited about the role of skin in human evolution. Just as fascinating is how we have perceived our largest organ ever since, fetishising, ritualising, decorating, covering or revealing it. In this talk I will touch on some elements of this long history but will focus on the Australian experience. Specifically, the changing attitudes white Australia has had to the sun and its impact on skin. Whether we expose it or do not, skin can tell us all kinds of things.

Phillipa McGuinness is the author of The Year Everything Changed-2001, shortlisted for the Queensland Literary Awards and the Adelaide Festival Awards for Literature, and the editor of Copyfight. She has written for The Guardian, the Sydney Morning Herald, Griffith Review, Meanjin and Inside Story. A former book publisher, she lives in Sydney. 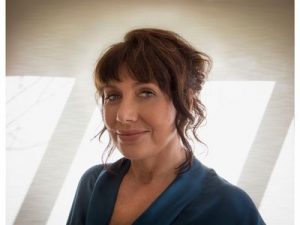 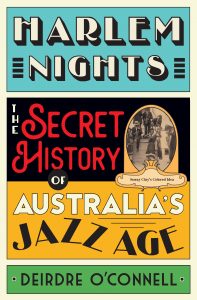 In March 1928, Australian authorities deported the Sonny Clay Orchestra, the first African American jazz band to tour Australia. A secretive government ban kept out other Black jazz acts for the next twenty-five years.

Deirdre O’Connell’s anatomy of the Sonny Clay Orchestra’s ill-fated tour captures the complexities and contradictions of Jazz Age Australia. American movies, music and dance brought together what the colour line kept apart. A spirit of youthful rebellion collided with the promise of racial perfectibility. The geometric intrusions of modernism vied with the harmony and balance of neo-classicism. Events made legible the cultural imperatives of the White Australia Policy.

Deirdre O’Connell is a biographer and historian of 19th and 20th century Australia and the United States. Her work explores the nexus of the performing arts, race and modernism. Previously she worked in music documentary and environmental journalism. She lives in the Blue Mountains on Darug and Gundungurra land.

Toby Martin with Jacinta Tobin: ‘Listening to the Past’ 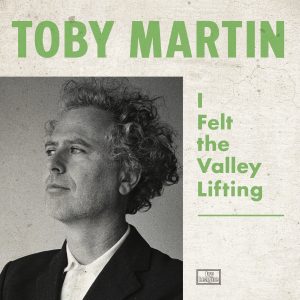 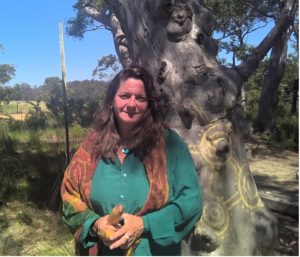 Songs can be rich historical documents. Not just their lyrics, but also their sound, their performance cultures and the ways they have changed tell us about past and ongoing practices. They also offer embodied, performative ways of engaging with the past.  In this talk we will look at song from the early colonial period in the Sydney region – both Aboriginal and European song – and will unpack how these songs might be performed in the twenty-first century.  We will also look at twentieth century forms of music, such as country music. And we will perform some songs.

Toby Martin is a songwriter, musician and historian. He is the author of Yodelling Boundary Riders: country music in Australia since the 1920s, and his recent albums include I Felt the Valley Lifting and Songs From Northam Ave. He is the lead singer of the rock band Youth Group and is currently co-chief investigator on the ARC project ‘Hearing the music of Early NSW 1788-1860’. He lives and works on Gadigal-Wangal land, and is Lecturer in Contemporary Music at the University of Sydney.

Jacinta Tobin is a proud Darug woman of mixed race. For over 25 years she has worked with her local and international communities and government. Currently she is writing her PhD ‘Nura Barayagai Sing for Country’, and is a director for ‘The Yarrumundi Kids Foundation’. She has won multiple awards for her work. 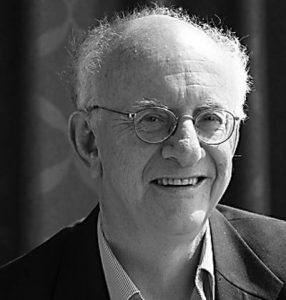 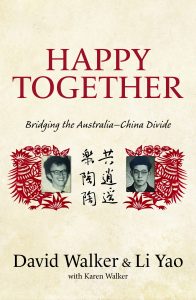 In the late nineteenth century, as crippling famine devastated northern China, the Li family left Shanxi to begin a new life farming the remote grasslands of Inner Mongolia. A great-grandson, Li Yao grew up in Mao’s China only to have his dreams of becoming a writer torn apart by the Cultural Revolution. When the storm subsided, he began translating Australian writing into Chinese and is now its foremost translator in China. In Happy Together, a joint memoir,  Li Yao’s story is interwoven with that of his friend, Australian historian David Walker. The talk will reflect on the Australia China relationship as seen through the lens of these personal histories.

David Walker has written extensively on Australia’s relationships with Asia. His books include: Anxious Nation: Australia and the rise of Asia, 1850-1939 and Stranded Nation: White Australia in an Asian region.  His memoir: Not Dark Yet was translated into Chinese by Li Yao. From 2013 to 2016 he lived in Beijing as the inaugural BHP Chair of Australian Studies at Peking University. He now lives in Melbourne.

Richard Fidler: ‘Prague: the Threshold and the Grave of the Warrior’ 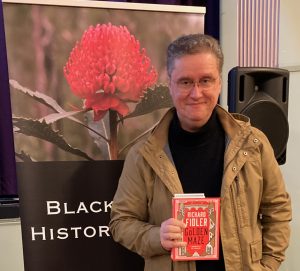 Richard Fidler, ABC broadcaster and author of The Golden Maze, dives into the history of Prague, perhaps the world’s most enigmatic and beautiful city: a jumble of gothic towers, baroque palaces and zig-zag lanes that has survived plagues, purges and pogroms. The city has lingered in Richard’s memory and imagination since he was caught up in Prague’s dramatic Velvet Revolution of 1989. He returned in 2019 to write the history of a place that has served as both a threshold and a crossroads for a thousand years.

Richard Fidler is the author of Ghost Empire and the co-author of Saga Land, a journey into the sagas of Iceland. Richard is best known as a presenter of Conversations on ABC Radio, which attracts a large listening audience around the nation, and is the most popular podcast in Australia. His new book, The Golden Maze, is a biography of Prague.

The Vere Gordon Childe Lecture for 2022 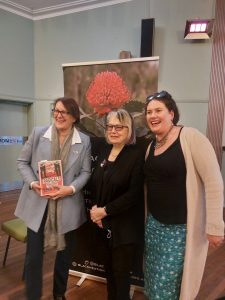 In the decade 1965-1975, Meredith Burgmann and Nadia Wheatley were involved (and often got arrested) in campaigns  against the Vietnam War and Apartheid, and in support of Aboriginal Land Rights, Women’s Liberation, and Gay Liberation’. In their new book Radicals they share their own memories of that time and showcase the stories of eighteen fellow-radicals. Meredith will talk about the way the zeitgeist of the Sixties radicalised well known Australians such as Geoffrey Robertson, Margret RoadKnight, David Marr, Gary Foley and Vivienne Binns. She recalls the somnolent fifties and the vibrant sixties and seventies. With great photos!

Dr Meredith Burgmann was an academic and former Labor MP and President of the NSW Legislative Council. Radicalised by anti-Vietnam activity at Sydney Uni in the sixties, she co-convened the ‘Stop the Tours’ Campaign against all-white South African sporting teams in 1971. She has been active in women’s rights and Equal Pay campaigns and was President of the Academics Union. After retiring from Parliament she was elected President of the Australian Council for International Development – the peak body for Aid and Development agencies in Australia. She has written four books, Green Bans, Red Union: The Saving of a City (1998 and 2017), The Ernies Book (2007), Dirty Secrets: Our ASIO Files (2014) and this year (with Nadia Wheatley) Radicals: Remembering the Sixties.

She is a foundation member and Ambassador for the Sydney Swans.

Stephen Gapps: ‘”Tumble down white fellows”- Threatening the “prosperity of the colony” in the Bathurst War of 1822-1824’ 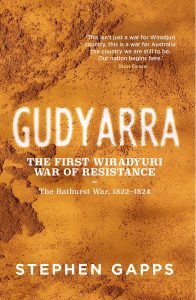 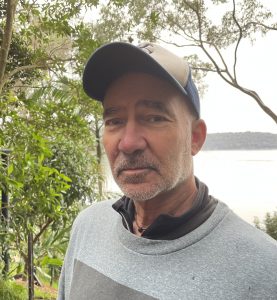 Dr Stephen Gapps is a museum curator and public historian working to bring Frontier War histories into broader recognition as Australia’s First Wars. His book The Sydney Wars: Conflict in the early colony 1788–1817 was the inaugural winner of the Les Carlyon Award for military history in 2020. In 2021, Gudyarra The First Wiradyuri War of Resistance, the Bathurst War 1822-1824 was published by New South Books. 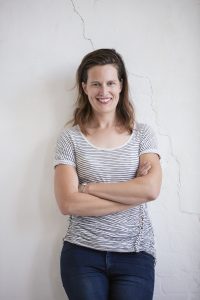 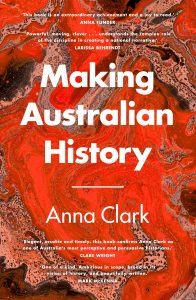 In beginning my study of Australian historiography, I was immediately faced with questions like Where to begin?, What Is History?,and Who is a historian? They’re not new questions, by any means, but they go to heart of the issues I wrestle with in Making Australian History. In a settler-colonial society like Australia, the History discipline has been part of the architecture of colonisation, policing whose stories can be told and by whom. This talk looks at the question of what I’ve called the ‘historiographical imagination’, to ask whether those of us who study the discipline might be able to draw more creative, inclusive and alternative modes of history-making to better understand the purpose and function of History, as well as our own practices as historians.

Anna Clark is a historian at the Australian Centre for Public History based at the University of Technology Sydney. She is the author of Making Australian History (Penguin) and has written extensively on history education, historiography and historical consciousness, including: Teaching the Nation: Politics and Pedagogy in Australian History (2006), History’s Children: History Wars in the Classroom (2008), Private Lives, Public History (2016), the History Wars (2003) with Stuart Macintyre, as well as two history books for children, Convicted! and Explored! Reflecting her love of fish and fishing, she also recently wrote The Catch: The Story of Fishing in Australia. 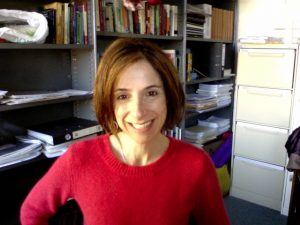 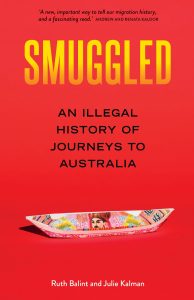 Nowadays, when we hear the word people smuggler, we immediately conjure images of mafia networks, organised crime, and mass deaths at sea. But people smuggling has a history in Australian migration that stretches well beyond the recent past and the maritime borders of our nation, and a longer lineage than the recent refugee movements of the twenty first century. In this talk, Ruth Balint will discuss the ideas behind the book Smuggled: An Illegal History of Journeys to Australia, which traces the fascinating story of people smuggling in Australia’s migrant history, from the Second World War through to the present. Smuggled: An Illegal History, challenges the ahistorical presentism of representations of refugee movements, and puts this phenomenon into its complicated historical context. The authors bring together essays and stories that remind us that “illegalised travellers” are part of our immigration history, and that our perspective towards them is shaped by where we sit in time and place.

Dr Ruth Balint is an Associate Professor in History at the University of New South Wales. She writes and teaches about histories of migration, refugees and the family in the post-World War Two era. Her new book, Destination Elsewhere: Displaced Persons and their Quest to Leave Europe after 1945, is published with Cornell University Press (2021). One of the book’s key themes explores how encounters with power by displaced persons in post-war Europe contributed to the creation of a legal and cultural concept of a refugee identity. She also recently published a co-written book with Julie Kalman, called Smuggled: An Illegal History of Journeys to Australia (NewSouth Publishing, 2021). Taking a hotly contested issue in the public sphere, this book historicises the smuggling trade from the Holocaust to the present, and shows a new perspective on the history of people forced to cross dangerous borders in order to survive. Dr Balint is also the author of Troubled Waters: Borders, Boundaries and Possession in the Timor Sea (Allen and Unwin, 2005). She is on the editorial board of Refugee Survey Quarterly and the executive steering committee of the UNSW Forced Migration Network.