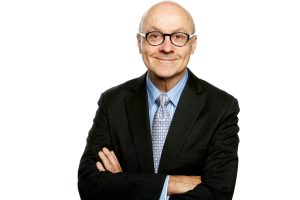 John Curtin, Australia’s wartime Prime Minister, is commonly thought of as an idealist, a reluctant politician of little personal ambition, who had greatness thrust upon him by the dire circumstances of the Pacific War. In the two volumes of my biography I discover another Curtin. This Curtin was a well-trained and formidable professional politician intent on transforming his party to make it ready for power, an accomplished political tactician manoeuvring successfully against his opponents within his own party and against (conservative politicians) Lyons, Menzies and Fadden. As Prime Minister in war he supported his political control through close personal relationships with MacArthur, Blamey and Defence Department secretary Fred Shedden, while at the same time dominating a restive caucus through Scullin, Chifley and Beasley and his allies in the party machine.  Adeptly handling the issues of conscription for overseas service and the Brisbane Line defence controversy, Curtin led his party to its smashing two-chamber victory in the 1943 election. Curtin is remembered as the leader who turned to America. Curtin certainly stood up to Churchill when demanding direct access to Washington and refusing the 7th  Division for Burma. But he also placated him when it was to Australia’s advantage. While looking to America in his famous message at the end of 1941, by the second half of his time as Prime Minister Curtin had swung back to ardent support for a British Empire that had ceased to exist.

John Edwards is a Senior Fellow at the Lowy Institute, and an Adjunct Professor with the John Curtin Institute of Public Policy at Curtin University. In 2018 the first volume of his biography of Australia’s war-time leader, John Curtin, won the Prime Minister’s Literary Prize. In 2016 he completed a five-year term as a member of the board of the Reserve Bank of Australia. His books include the best-selling biography Keating: The Inside Story (Penguin/ Viking 1996). John holds a doctorate in economics from George Washington University, Washington, DC. 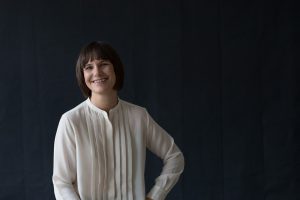 Nature, Science and the Bible In Australia

The conflict narrative of ‘science vs religion’ took popular hold in Australia in the 1880s.  In 1885 one of Australia’s most important astronomers, John Tebbutt, for whom a crater on the moon is named, resigned as president of his local Bible Society. Tebbutt had believed with the Psalmist that ‘the heavens declare the glory of god’ and  alongside his scientific papers he wrote Christian pamphlets urging young people to convert. But what happened? Meredith Lake will take up Tebbutt’s story – and those of others – to explore how colonists tried to do three things all at the same time: understand their surrounds, absorb new scientific ideas, and reassess the Christian Bible. It was an enterprise with parallels – and consequences – for our own time.

Dr Meredith Lake is a writer and broadcaster interested in how Australians have understood the big questions of faith and meaning. Her most recent book is The Bible in Australia: a Cultural History (NewSouth, 2018). She’s an Honorary Associate of the Department of History, University of Sydney, and the presenter of Soul Search, ABC Radio National’s newest religion and spirituality program. 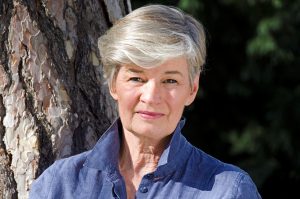 The bare bones of the land: remembering Black Saturday

Ten years ago, in February 2009, the bushfires of Black Saturday swept through country Victoria, killing 173 people, burning 430,000 hectares of land and damaging 78 communities. One of those communities was Strathewen, a tiny settlement on the outskirts of Melbourne, that lost ten percent of its population and eighty percent of its buildings.

As part of a collecting project for the Victorian Bushfires Collection at Museums Victoria, Peg Fraser interviewed survivors from Strathewen. In their stories, memories of previous bushfires, family farming history, lifestyle choices and community relationships are densely woven in a complex interplay between physical and social environments. These memories helped to shape people’s reactions to Black Saturday, but the fires also changed survivors’ interpretation of the past – sometimes strengthening their relationship with the land, sometimes destroying it – and created a new and complicated layer of story which continues today. Drawing on the oral histories of Strathewen survivors, Peg explores the relationship between the physical landscape of Black Saturday and the landscape of memory.

Peg Fraser is a social and oral historian. In 2010, she was one of three MV curators involved in a year-long project to collect objects and oral histories reflecting a wide range of experiences and perspectives of bushfire in Victoria. She continued her work with bushfire survivors while completing her PhD at Monash University. Her book, Black Saturday: Not the end of the story (2018), is available from Monash University Publishing. 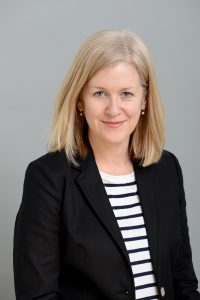 When the Personal becomes Political: the Seventies in Australia

The Seventies was the decade of ‘It’s Time’, stagflation and the Dismissal, a tumultuous period of economic and political upheaval. But the 1970s was also the era when the personal became political, when Australia had a Royal Commission into Human Relationships and when social movements remade the boundary between public and private life. Women’s liberation and the gay and lesbian rights movement criticized the idea that things that happened in private were beyond the realm of politics.  Establishing women’s refuges, and demanding that governments fund them, is one of the best examples of this politics in action, but it also forced other issues onto the political agenda, including abortion law reform, the decriminalisation of homosexuality, and the provision of child care. In my talk I will reflect on writing a history of the 1970s that reads the decade through a gendered lens. If the 1970s was the era when ‘the personal became political’, then how might this reframe our understanding of this transformative decade?

Michelle Arrow is an Associate Professor in Modern History at Macquarie University. She is the author of three books, including Friday on Our Minds: Popular Culture in Australia Since 1945, and most recently The Seventies: The Personal, the Political and the Making of Modern Australia (New South, 2019). Together with Leigh Boucher and Kate Fullagar, Michelle is editor of the Australian Historical Association’s journal, History Australia. Her radio feature, ‘Public Intimacies: The 1974 Royal Commission on Human Relationships’, won the 2014 NSW Premier’s Multimedia History Prize. 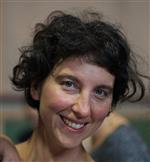 Retelling stories of Aboriginal-settler friendship – moving the conversation along

The Lives of Stories traces three stories of Aboriginal–settler friendships that intersect with the ways in which Australians remember founding national stories, build narratives for cultural revival, and work on reconciliation and self-determination: the story of James Morrill’s adoption by Birri-Gubba people and re-adoption 17 years later into the new colony of Queensland, the story of Bennelong and his relationship with Governor Phillip and the Sydney colonists, and the story of friendship between Wiradjuri leader Windradyne and the Suttor family.

These three stories, which are still being told with creativity and commitment by storytellers today, and The Lives of Stories reflects on the nature of story as part of our cultural inheritance, and seeks to engage the reader in becoming more conscious of our own effect as history-makers as we retell old stories with new meanings in the present, and pass them on to new generations. Since the book was published in December 2018, I’ve had cause to think more explicitly about what I’d like the book to say to readers about their own history-making, particularly in the context of the twelve years that have elapsed since I began to work on the book – and that will be the focus of this talk.

Emma was awarded a PhD in history at University of Sydney in 2012 and has adapted her doctoral research into a book: The Lives of Stories: three Aboriginal-settler friendships. She joined the then NSW Department of Environment as a cultural researcher in 2010, and is currently working in the Heritage Division, leading a small team to progress programs under the Heritage Act 1977 and National Parks and Wildlife Act. She has a five-year-old son, lives in Marrickville and is learning to play the trombone. 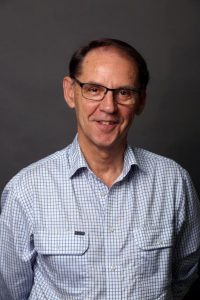 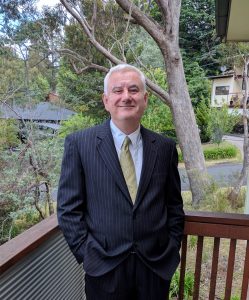 The History in the Fiction

Peter Cochrane: The trades of history and fiction are, as Alex Miller notes, ‘complementary in their civilising project’, but the craft in each case, the respective method, sets them miles apart. Thus, when I wrote my first full-length novel, The Making of Martin Sparrow (Penguin/Viking 2018), the early drafts were an apprenticeship of sorts, a rite-of-passage to a method and a sensibility, a way of imagining that was foreign to me, the historian. So, what did I learn? In this talk I will discuss the way the story evolved, Sparrow’s journey, and link it to a comparative discussion of the practices of writing history and writing fiction.

Peter Cochrane is an historian, essayist and novelist based in Sydney. His most recent work of fiction is The Making of Martin Sparrow (Penguin/Viking 2018). The Italian edition was published in March this year under the title La Grande Occasione di Martin Sparrow (Jimenez Edizione 2019). His non-fiction includes Colonial Ambition: Foundations of Australian Democracy, which won the Age Book of the Year and the Prime Minister’s History Prize, and most recently Best We Forget. The War for White Australia, 1914-18 (Text Publishing 2018).

Julian Leatherdale worked on Time-Life’s Australians At War series and later researched and co-wrote Film Australia-ABC TV documentaries Return to Sandakan and The Forgotten Force. His novels are Palace of Tears (A&U, 2015/HarperCollins Germany, 2016), The Opal Dragonfly, (A&U, 2018) and Death in the Bacchae Club (A&U, 2020). He writes plays and his YA novel The Phantasmic Detective Agency will also be published in 2020. 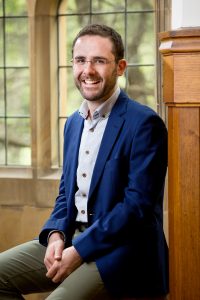 The Greening of Antarctica: Assembling an international environment

The Antarctic region today is governed by a suite of international treaties that concentrate on the protection and management of the environment and natural resources. This talk will detail the period between 1959 and 1980, when the diplomats and scientists of twelve nations laid the intellectual, scientific, legal, and geopolitical foundations of today’s Antarctic. It is a story that combines scientific research with international diplomacy, grand ideas with the material realities of ice, ocean, and animal bodies, lofty ideals of conservation and protection with base geopolitics and a search for power. It is a view of Antarctica quite distinct from the tales of imperial heroism that still dominate cultural imaginings of the south polar region.