You can download and print our 2016 program flyer here. 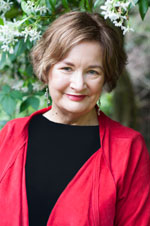 The most under-rated player in the history of our country is the land itself. From the volcanic upheavals that may have triggered the first craft to come here, the lack of accessible grass for the necessary stock on sailing ships, the darkness that won the battle of Eureka to today’s continued attempts to simplify many ecosystems into one policy – and the disasters that follow – this is a talk about how we need to ‘walk’ our history to understand it, and how we must learn to read the land itself to survive the next millennia. But for Jackie French the journey began with a goat. A stroppy, smelly, and much travelled goat, who had already been around the world once…

Jackie French is an author, historian, wombat negotiator, ecologist, former Australian Children’s Laureate, and Senior Australian of the Year 2015. While best known for her historical or animal-based works for young people, her long career also includes books for adults, essays, and research papers. ‘Let the Land Speak: a history’ won an NIB award in 2014. Every book is based on primary research, occasionally ground-breaking, and her books have won over 60 awards in Australia and overseas. 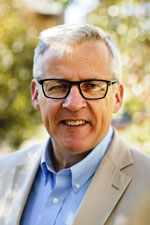 This talk draws on the findings of John Blaxland’s book The Protest Years, the second volume of the official history of ASIO from 1963-1975. The 40th anniversary of the Whitlam dismissal coincided with the publication of this book and some important questions relating to that significant date are addressed in this ground-breaking new work. Having worked with unfettered access to the official records held by ASIO, John Blaxland seeks to provide some answers to the following: Just what role did ASIO play in the days leading up to the dismissal? What can be said about allegations of foreign interference? To what extent was ASIO acting within its charter? The Protest Years provides important insights into the crisis and the protest years that led to that point, through the prism of one of Australia’s most secretive organisations.

Dr John Blaxland is a Senior Fellow at the Strategic and Defence Studies Centre at the Australian National University and writes about military history, intelligence, security, and Asia-Pacific affairs. He is a former Director of Joint Intelligence Operations at Headquarters Joint Operations Command, and Australia’s defence attaché to Thailand and Burma. His other publications include (as editor) ‘East Timor Intervention: A Retrospective on INTERFET’ (2015), and (as author) ‘The Australian Army from Whitlam to Howard’ (2014). 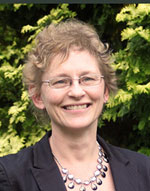 Nineteenth century Australian women are generally remembered as wives and mothers, domestic servants and civilising doyennes, with the occasional prostitute thrown in for good measure. The reality is somewhat different. This talk introduces the milliners, boarding house keepers and publicans, the ironmongers, plumbers and schoolteachers, the umbrella makers, pawnbrokers and dealers, who fed and clothed and educated and bedded the people of Sydney. It explodes the myth of nineteenth century female domesticity and invites us to reconsider women’s roles in Australia’s past.

Dr Catherine Bishop is a historian at the Australian Catholic University. She has published a number of scholarly articles, and her book, ‘Minding Her Own Business: Colonial Businesswomen in Sydney’, was published in October 2015 by NewSouth Publishing. She is currently writing a companion volume about New Zealand colonial businesswomen. She is also the Australian Religious History Fellow at the State Library of New South Wales, researching the life of a forthright Australian female missionary, Annie Lock. 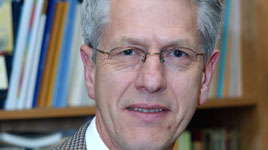 ‘THAT STATE OF SOULLESS MECHANISM’ AND THE ‘LIGHT ON THE HILL’: POST-WAR RECONSTRUCTION IN AUSTRALIA

NB! This talk will take place in the Phillips Hall of the Blackheath Community Centre.

In 1923 Vere Gordon Childe described the Labor Party as having begun with a band of inspired socialists that degenerated into a vast machine for capturing political power. He wrote of the ‘state of soulless mechanism which seems to come over all Labour activists in their hour of apparent triumph’. The clearest exception to that despairing assessment would surely be the Curtin and Chifley governments, which embarked on a comprehensive program of economic and social reconstruction against a background of wartime sacrifice and austerity. When Childe returned to Australia at the end of 1957 – eight years after Labor lost office – he was struck by the affluence of Australian workers, depressed by their consumerism. This lecture will explore the changes effected by post-War reconstruction.

Stuart Macintyre was Ernest Scott professor of history at the University of Melbourne until 2014 and is now a professorial fellow there. His book ‘Australia’s Boldest Experiment: War and Reconstruction in the 1940s’ appeared in 2015. 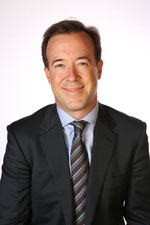 ‘WHEN ALLIES TURN ON YOU’: THE CRISIS IN AMERICAN-AUSTRALIAN RELATIONS, 1972-75

In the early 1970s, two titans of Australian and American politics, Prime Minister Gough Whitlam and President Richard Nixon, clashed over the end of the Vietnam War and the shape of a new Asia. A relationship that had endured the heights of the Cold War veered dangerously off course and seemed headed for destruction. Drawing on sensational new evidence from once top-secret American and Australian records, James Curran’s talk will bring to life the clash between the two leaders and their competing visions of the world. As the Nixon White House reeled from the Watergate revelations, Australia’s first Labor prime minister in twenty-three years looked to redefine the country’s position on the world stage. It left an American president enraged and hell-bent on tearing apart a strained alliance. Although the Whitlam-Nixon antagonism forms the core of this presentation, the talk will also consider the legacy and implications of this period for the contemporary Australia-US relationship.

James Curran is Professor of History at Sydney University, where he teaches courses in Australian and American foreign relations. He is the author of ‘The Power of Speech: Australian Prime Ministers Defining the National Image’ (2004), ‘The Unknown Nation: Australia after Empire’ (MUP, 2010), (with Stuart Ward) ‘Curtin’s Empire’ (CUP, 2011), and ‘Unholy Fury: Whitlam and Nixon at War’ (MUP, 2015). Curran will shortly publish a Penguin Special for the Lowy Institute for International Policy, under the working title ‘The Quiet Alliance: Why Occasionally saying “No” to Washington won’t rupture the US-Australia relationship’. He is a former Fulbright scholar at Georgetown University and in 2013 occupied the Chair of Australian History at University College Dublin. 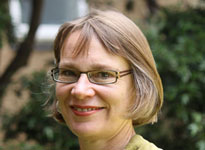 FIJI AND THE SHAPING OF DON DUNSTAN

Don Dunstan was Premier of South Australia from 1967-68 and 1970-79, and blazed a nationally-significant trail of reform in various areas. From his birth, childhood and parts of his schooling, to his first career as a lawyer, and his involvement in the Movement for Democracy in Fiji late in life, Fiji was always a part of Don Dunstan. Drawn from a biography in progress, this paper will consider the role of Fiji in shaping Dunstan’s life and his politics.

Angela Woollacott is the Manning Clark Professor of History at the Australian National University. Her latest book is ‘Settler Society in the Australian Colonies: Self-Government and Imperial Culture’ (Oxford University Press, 2015). 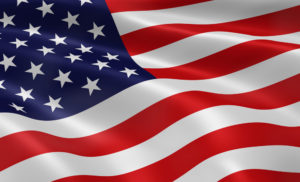 Bewildered and anxious about how Americans do democracy? Well, we’re planning another film weekend at Mount Vic Flicks—just 3 weeks before the US Presidential Elections. We’ll be screening some classic films that shine a light on American politics from the New Deal to the present. Unmissable!

For more information about the program go to the Film Weekend page, or download the full program.

For online bookings go to www.trybooking.com/MQRO 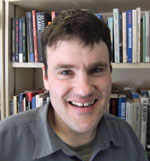 This talk will focus on Frank Bongiorno’s recent book, The Eighties: The Decade That Transformed Australia. It will explore why the decade matters for historians, but also why it still seems to matter for so many Australians. Why are the 1980s now so prominent in public debate and collective memory – possibly occupying something like the status that the 1960s and the Whitlam era had back in the 1980s? Why is there so much 1980s nostalgia in contemporary culture? And what are the implications of all of this attention for how we understand the decade historically?